Wern Fawr Manor Farm was once the home of one of North Wales's most important families
The Love Parry's. 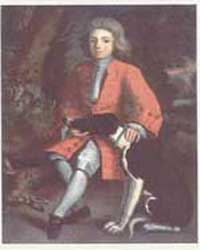 Way back in 1750 as they climbed the ladder of social success, Wern Fawr slipped out of their orbit when Love Parry the third moved to a more elegant home on the Llŷn Peninsula. The house was originally built in 1570. Then Love Parry the Second (1696-1759), a grandson of Geoffrey Parry, one of Cromwell's chief officers in North Wales, added a cross wing. In 1721 Love Parry the Second became High Sheriff for Caernarfonshire following in his father's footsteps. He married Rachel Corbet and they had 9 children (Love Parry III, Ann Parry, Vincent Parry, Corbet Parry, Hugh Parry, John Parry, Richard Parry, William Parry and Catherine Parry) and was a probable owner of Bardsey Island. He acquired Wern Fawr through marriage and his son Love Parry the Third, the last male descendant, left it the same way. He married Sydney, which apparently was then a common name for a girl, the great-granddaughter of Owain Hughes, and went to live in the elegant Madryn. Wern Fawr has been changed: the cross wing was knocked down in 1800, the stones and roof timbers of the cross wing being used to build 'The Cottage' in lower Llanbedrog for Mrs Barbara Yale, Llanbedrog, but much of the original building remains. There are also two great fireplaces at either end of the manor house. The chimney-stacks are typical of North Wales, in their off-square positioning to the house but perhaps most noteworthy is the original porch. Several exposed beams remain.

A 19th century wing was added on the southwest and outbuildings later added on the north, comprising a forge, a pig sty, a cow shippon and a milking parlour. The Bragdy Wern to the south (former farm brewery) was a substantial building in its day and was occupied in the early 1900's as a separate smallholding within the Wern Fawr Manor Farm estate they are now all our self catering holiday cottages.

There used to be a public house 'The Stag' on the footpath towards Llanbedrog by the gate at the end of the Lane, which serviced all the people that lived around Wern Fawr. It is unfortunately no longer there.

Wern Fawr was part of the Madryn Estate and was sold separately by the Estate to cover gambling debts. It had to our knowledge 3 other sister houses, see pictures below.

Feb 1997 - now - The present owners are Alan & Helen Harper-Smith (aka Alan Wern) and his two children Kaitlyn and Max Harper-Smith. Alan spent his first 3½ years restoring the manor house and outbuildings to their former glory and it is now run as a bed and breakfast and self catering holiday cottage business. He met up with Helen in 2004 and are now married. Helen's children - Richard works at Wern Fawr looking after the property and gardens with his mother Helen and Laura lives in the village with her husband Aaron and their daughter Thea.

1985 to 1997 - The house was owned by Mr and Mrs Richards (a retired National Westminster banking family). Jenny Richards concentrated on the gardens with the help latterly of Eric Twemlow. One of her sons had a tree growing business - with dig your own tree sales at £1 a tree. Once the family had 'flown the nest' it was time to find a new owner and downsize.

1973 to 1985 - The house was purchased and belonged to Robert (Bob) and Edna Vowell who took on Wern Fawr in a fairly derelict condition. Bob being handy at wood work began to make the place habitable converting one of the milking parlours now "The Cottage" into a self contained holiday cottage, which they rented out. Another milking parlour (now Camellia Cottage) was converted into a workshop for his wood work. However, the place got too much and they sold the house to the Richards family.

1946 to 1973 - Robin Lewis married Mary (known locally as Aunty Mary Wern) they were tenant farmers and the farm consisted of about 160 acres on which they grew cereals, fodder crops, potatoes and kept chickens, ducks, milking cows and store cattle, pigs and sheep. To see more of the house in the 1950's click here. Robin subsequently divorced Mary Wern and and new wife joined him at Wern. Records from his daughter Belinda Hanson show details of the farm sale in 1973. We believe the house was advertised for sale in December 1974 with 9 acres of land for an asking price of £20,000.

1926 to 1946 - Mr and Mrs Lewis (Senior) were tenant farmers, Robin's parents. They farmed about 160 acres on which they grew cereals, fodder crops, potatoes and kept chickens, ducks, milking cows and store cattle, pigs and sheep.

More will be added to this section as and when we have time to research the history of the house, if you know any please let us know.

This page has been written following a charming visit from Mrs Mary Roberts, previously Mrs Mary Lewis who lived at Wern Fawr Farm between 1946 when she married Robin Lewis and 1959. During her visit in September 2003, Mary kindly lent me some old photographs that she had and we have reproduced these on this page for your enjoyment. Mary is still aliveand is now 101 (as of Jan-2020) and lives in Rhosneigr in Anglesey. 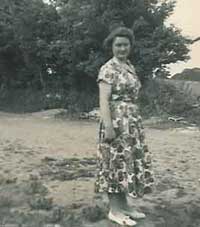 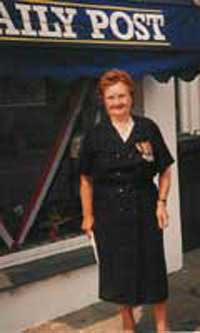 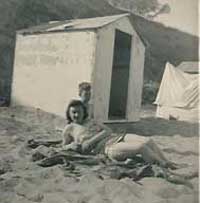 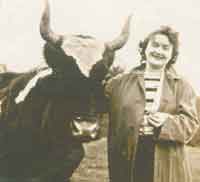 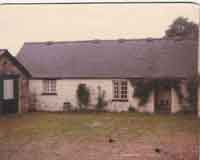 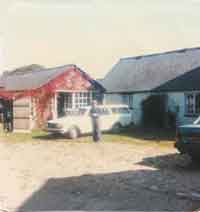 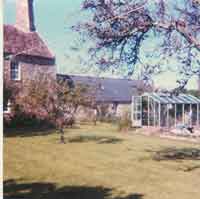 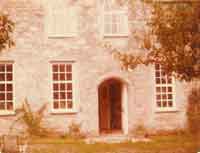